Adjusting to a Shifting World Order

Adjusting to a Shifting World Order

Recent weeks have highlighted the rather uncomfortable and somewhat frosty relationship between our nation and our largest trading partner. Hence we thought it might be pertinent to revisit the topic, something we first elaborated upon in the infancy of the Trump administration and his “trade war.” Much has changed and the situation continues to evolve.

Recent weeks have highlighted the rather uncomfortable and somewhat frosty relationship between our nation and our largest trading partner. Hence we thought it might be pertinent to revisit the topic, something we first elaborated upon in the infancy of the Trump administration and his “trade war.” Much has changed and the situation continues to evolve.

​In particular, I wish to give my two cents on where I see this situation heading and more importantly what it could mean from an investment perspective, especially given our reliance on China as an export market and what is probably going to be the largest consumer market in the world by this time next year. In particular I want to answer the all important question of where to next?

Let me begin with some key facts that some of you may not be aware of. China’s growth this year, even in a world of Covid lockdowns, stood at 2% with consensus estimates for 2021 at 8%, the more optimistic standing at 9%. What does this mean and why does this matter? For one thing, if the Chinese economy were to keep its current momentum and trajectory, then it would be the exact size in 2021 that consensus estimates pegged it to be now back in 2019. To put it more succinctly in the words of The Economist, “it amounts to saying that China’s economic output will be as voluminous as it would have been had the coronavirus pandemic never happened.”

The nation with patient 0 handled itself efficiently but also came out, one could argue, stronger. The pecking order post-Covid has changed. Take India as an example, which saw its GDP contract by close to 10% in 2020. Or the US with its rampant and ever increasing Covid case count, dysfunctional political discourse and resurgent tribalism. The EU, with similar issues and a resurgent case count, is not much better. Vaccine notwithstanding, the global crisis has exposed many of the flaws within the Western world’s political framework and discourse, leaving many economies with some scarring that will take time to recover from, including consumer and business confidence. Contrast this with the resurgent consumer demand and credit growth in China where recent McKinsey surveys showed that 66% of the population believed that their finances will not be impacted for more than three months or not at all. This is especially relevant if one considers that despite its nominally “Communist” framework, whatever that term means for the CCP as it currently stands, there is no welfare or government support.

The Trade War and the lip service that followed suit not only enabled China to catalyse its own economic policy but also enabled them to put into action an evermore expansionary outlook (or try to). Even before the change in US administration, the policy makers in Beijing were putting into action a policy to transition away from reliance on export markets, including the US, through the curtailing of credit growth and corporate leverage, beefing up of local markets and increased self-reliance. The One Belt One Road (OBOR) is a way to not only secure China’s own supply chain but to also create the next burst of growth as the economy moved into the middle-income category where labor arbitrage (i.e. cheap labour) could not be relied upon further (though this was temporarily paused in 2020 as a result of Covid). 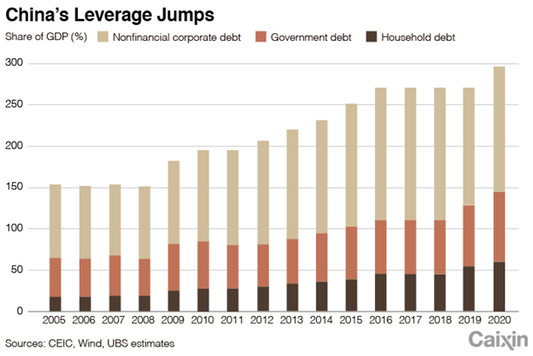 ​What has been evident is that policy makers are increasingly focusing upon and realising the fact that future GDP growth will come from developing an internal market with I (investment) and C (consumption) playing a greater part in the economy than has been the focus to this point. For some further context, I would suggest reading and reviewing the proposals put forth for the 14th Five-Year Plan (2021-2025) currently under review in the fifth plenary session. The focus is on “dual-circulation” and the drastic boosting of consumer markets while mitigating foreign risks.

In some ways, this is a page out of the US’ playbook whereby access to its own consumer and financial market allowed it to obtain the influence to not only export its systems but also its ideas/ideology through much of the post-WW2 era. Think back to Japan’s resurgence post-WW2 and the reliance of its own economic fortunes to that of the United States. This is perhaps one of the reasons that so much priority was placed upon the re-integration of Hong Kong into the broader Chinese state. It is also showcased by the fact that Net Exports, in terms of contribution to GDP, dropped from 35% in 2006 to a little over 17% in 2019 (and declining).

“When trade declines and exports drop, more and more Chinese products will be consumed and circulated internally,”
​- Lin Yifu, dean and professor, Institute of New Structural Economics of Peking University. A vice chair of the expert advisory committee for the drafting of the 14th Five-Year Plan.

​We will continue to see the expansion of China and its influence across much of SouthEast Asia and a carving out of a sphere of influence to include smaller nations such as Pakistan, Vietnam, Cambodia and much of Central Asia. The development of its own consumer and financial markets also offers China a primary place within the Regional Comprehensive Economic Partnership (RCEP), the largest trade deal signed in history. At the same time, it comes at precisely the time when the United States became ever more inward looking due to Trump’s isolationist “USA First” policies and pulling out of the TPP which had more merit in counterbalancing Chinese influence in the Asia Pacific than from a purely commercial point of view.

My thoughts on the process, especially when it comes to the political calculus of smaller nations including those in our backyard (i.e. Samoa, Fiji, etc), is along the lines of “better the devil you know”. 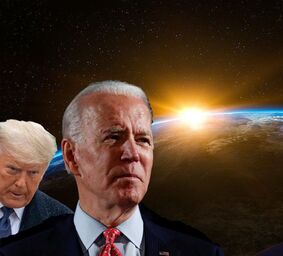 The Trump administration’s effort to counteract China and force a level-playing field for American businesses would have worked if it wasn’t for the unfortunate timing. The China of the 90s or even the early 2000s would’ve been the perfect target for such a confrontational approach. Unfortunately, the China of today is not what it was. It is in a position that when the deal was signed, much of the content was pretty much status-quo with increased buying of US goods that would’ve been necessary anyway (i.e. agricultural goods) given China’s own resource deficiencies.

I’ve mentioned in my previous articles that the Chinese state is not encumbered by the vagaries of election cycles or short-term approaches, their plans are multi-decade in nature and their projects (just as most autarchic regimes) are grand (think Three Gorges). The biggest incentive for the state is to avoid a repeat of the embarrassment that saw it fall from accounting for one-third of global GDP for much of human history to losing the opioid wars and the more recent WWII and Japanese occupation.

It is a state that is especially sensitive to perceived slights even if they are not intended as such. I am quite sure our Prime Minister is starting to find out.

The change in administration Stateside, especially given the cabinet picks that we have seen so far, suggest that the US might just come back to take its place within the multilateral framework. This is the only way in which to counterbalance Chinese hawkishness (the problem with Hawks and Nationalists unfortunately is that they exist on both sides – statecraft and economics only works when the parties are equally satisfied or dissatisfied). For the moment, it will be important to watch how the agenda is set come January. Unfortunately, the damage might have been done, so much so that any deals inked by an incoming administration may very well be dismantled or reversed by the next. Individuals can change their minds on a whim, the State cannot (or should not). In economics we call this path-dependence, it exists for a reason.

For us investors, we have a few key takeaways:

Click here to join our next ‘The Insider: Meet the Fund Manager’ session, a FREE webcast series gives you direct access to prominent fund managers who share their “Insider” views on their top stock picks that they think have the greatest upside.