How Buffett’s GFC Strategy Paid Off

How Buffett’s GFC Strategy Paid Off

“Just buy something for less than it’s worth” Warren Buffett said almost thirty years ago. The quote neatly sums up the famous investor’s philosophy.

“Just buy something for less than it’s worth” Warren Buffett said almost thirty years ago. The quote neatly sums up the famous investor’s philosophy.

In his 2009 letter to shareholders, during the Global Financial Crisis (GFC) Buffett repeated this sentiment in slightly different words showing just how much they still held true:

“Whether we’re talking about socks or stocks, I like buying quality merchandise when it is marked down.”

The saying was more relevant than ever at the time. The GFC saw many others selling hard, while Buffett saw an opportunity to buy. His investments during that time brought in at least $10 billion in profit for his company Berkshire Hathaway. But it was his patience in years prior which saw him hoarding huge amounts of cash, that set him up for success.[2]

When the GFC struck, Buffett was ideally positioned to swoop in and purchase a number of blue-chip companies on-the-cheap, including Goldman Sachs, Mars, Bank of America, and General Electric.

He made lucrative deals that brought in short-term double digits returns, but also, through exposure to recovering share prices saw Berkshire profit handsomely.[4]

Buffett took advantage of panic in the market and used its massive cash reserves to invest in high-quality companies, that had become undervalued as their share prices were unfairly sold off.

Many companies appear to have learnt from Buffett, and are now following in his footsteps.

Companies including Alphabet (Google), Microsoft and Apple, with Buffett-like patience were sitting on more than $100 billion of cash late last year, according to FactSet. Acquisitions is one of the big reasons companies hold on to cash.

Lee Horowitz who is Co-Head Internet Equity Research at Evercore said that companies sit on cash to “keep their powder dry”. It is a way to turn a downturn into a buying opportunity and to take advantage of market pullbacks to accumulate quality assets that have effectively gone on sale.

Facebook, Amazon, Ford and Cisco are also included in the FactSet top ten list of companies with the most cash.

Without cash Facebook wouldn’t have been able to buy Instagram in 2012 for $1 billion. It was Facebook’s largest acquisition to date and a shocking sum for such a small company that didn’t make any money. In 2019 the app was worth more than $100 billion, or a fifth of Facebook’s total market cap.

In Buffett’s 2018 letter to shareholders, he wrote that investors need “an ability to both disregard mob fears or enthusiasm and to focus on a few simple fundamentals. A willingness to look unimaginative for a sustained period — or even to look foolish — is also essential.”

‘Do nothing’ might qualify for looking unimaginative or foolish, but Buffett sure proved that theory wrong in the build up to 2008.

Right now, there’s a fire sale sweeping global markets, high-quality companies included and Buffett is sitting on an even bigger pile of cash than in 2008. But if he’s waiting for a buying opportunity he hasn’t found it yet. His cash pile reached a record $137 billion by the end of March. And so far this quarter he has been a net seller rather than buyer.

His lack of action so far is a contrast to his strategy during the GFC. The world is waiting with bated breath to see what he has up his sleeve.

Click here to read the main take-aways from the 2020 Berkshire shareholder meeting.

We currently have access to a new investment designed to give you exposure to Warren Buffett’s Berkshire Hathaway. Click here to receive the Product Disclosure Statement.

Any advice contained in the webcast is general only and does not consider your objectives, financial situation or needs, and you should consider whether it’s appropriate for you. 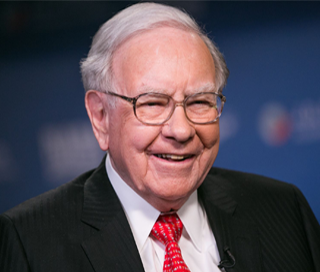