Is the economic fallout of COVID-19 rebranding the West? Part 1

Is the economic fallout of COVID-19 rebranding the West? Part 1

We’re entering the sixth month of the pandemic and the road to recovery is proving to be a long one. There have been 10.4 million confirmed cases of COVID-19 and over 500 000 deaths globally.  While most of Australia has the virus under control, a recent report from the Grattan Institute warns it would be a big mistake for Australia to implement austerity just because we’ve largely suppressed COVID-19.

We’re entering the sixth month of the pandemic and the road to recovery is proving to be a long one. There have been 10.4 million confirmed cases of COVID-19 and over 500 000 deaths globally.

While most of Australia has the virus under control, a recent report from the Grattan Institute warns it would be a big mistake for Australia to implement austerity just because we’ve largely suppressed COVID-19.

“During the Great Depression, and in many advanced economies in the past decade, premature moves to austerity held back recoveries and, in some cases, created new recessions,” says the report.

“Rushing too quickly to consolidate the budget position would be an economic ‘own goal’ — hampering job creation, growth and ultimately the bottom line,” it adds.

Before the pandemic, we were having a good year. The market had been surging to epic proportions, recording its best ever day on February 20. A month later, the ASX had plummeted 40%. Despite a rallying market in June, Australia’s economy has since contracted 0.3%, marking the first recession in 29 years.

Nonetheless, the pandemic has most sectors reeling. Energy was by far the worst performer due to the plunge in the demand. Banking, aviation, travel and retail also recorded some pretty dismal performances.

Only three sectors have recorded gains this financial year: Consumer staples (7.6%), technology (15.1%) and healthcare (25.8%). That these sectors are performing well comes as no surprise given how much this pandemic has changed our consumption habits and work routines.

While e-commerce is nothing new, the scale and type of online shopping has changed. Up to 60% of consumers are now online and they’re buying staples. Before COVID-19, online shopping was the realm of discretionary spending. In China, a country that has largely recovered from COVID-19, 55% of consumers still consider buying groceries online.

While transition to the digital workplace has been predicted for a few years now, it was expected to be much more gradual. Before COVID-19, only 37% of employees would opt to work from home. Now, the figure is around 83% and most would opt for a new job that offers remote working over one that doesn’t. That said, rapid digitisation has highlighted a skill gap. Over 2 million people in China have filed for unemployment benefits as they lack the technology skills to adapt. Could this be a global trend throughout the aging workforce?

That’s not good news considering the official Australian unemployment rate is already at 6.2%. If you factor in things like unemployment and unstable jobs, Roy Morgan puts unemployment at 14.8%. While Boston Consultancy Group predicts 50% of all lost jobs in Australia will have recovered by Christmas, a third will have a U-shaped recovery and 18% may be lost forever.

To bolster the economy and save jobs, the Government has spent around $138 billion to support businesses and individuals through the pandemic, nearly 7% of the total output pre-crisis. Even with JobKeeper in place, 600,000 workers lost their jobs in April and another 230,000 in May, far worse and far more rapid than the 330 000 lost work over 2.5 years in the last recession in the 1990s.

While many businesses have been propped up by government stimulus, it comes to an end in September. For millions of workers, especially those employed by small businesses, the future is precarious. To lessen the chance of a secondary economic crunch, the Grattan Institute is calling for Government stimulus to go further. It’s asking that JobKeeper be wound down more gradually and extended to short-term casuals and temporary migrants.

“If governments want to get unemployment back down to 5 per cent or below by mid-2022 then they will need to be prepared to add to the temporary stimulus by spending another $20-to-$40 billion on services, infrastructure, and building social housing, depending on how the economic recovery plays out,” says the Grattan Institute.

Even some of the most socially conservative, fiscally liberal governments have already tripled the stimulus of the GFC in 2008, mostly in the form of mass social welfare. Many people who have never been eligible for a Centrelink payment now are. Has it gone far enough? Time will tell. But there does seem to be a return to governments favouring local economies.

Japan has laid down USD $2.2 billion to help their manufacturers shift production out of China. Korea has moved Samsung out of China. There are calls for countries like Australia and the US to follow along too.

COVID-19 could lead to monumental shifts in everything from government relations and supply chains to the very ways we live and work in Western-style economies.

Read part two of this report next week where we’ll look at what impact COVID-19 could have on our society going forward. 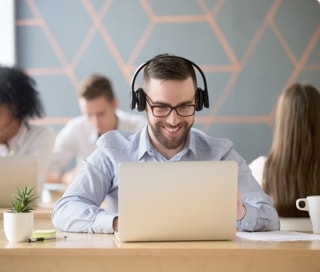