Could regenerative agriculture and high quality Australia proteins be Australia’s key to environmental and economic viability?

Could regenerative agriculture and high quality Australia proteins be Australia’s key to environmental and economic viability?

The cornerstone of our country is farming – How can we adapt to drier seasons?

The Bureau of Meteorology has declared that 2019’s spring was the driest on record. The dry spell has caused huge bush fires and worsening drought conditions around the nation, and consequently, the low rainfall and hot temperatures have had dire consequences on Australia’s agriculture with production set to hit a four-year low in 2019

Drought has hit traditional livestock production hard, which is a tough issue to face for one of thecornerstones of Australia. However, through drought and flooding rains, those toiling on our sunburnt country have always shown an incredible adaptability to ensure that our needs at home and abroad are met.

Drought has hit traditional livestock production hard, which is a tough issue to face for one of thecornerstones of Australia. However, through drought and flooding rains, those toiling on our sunburnt country have always shown an incredible adaptability to ensure that our needs at home and abroad are met.

We’ve all heard the phrase ‘innovation is the mother of necessity’. Perhaps this explains why some of the smallest countries are the most innovative when it comes to effective land management for food production.

In the past, the Netherlands was limited in its food production due to a lack of space and seasonality. But the country now grows crops in greenhouses that produce their own fertiliser and energy. This ensures high-quality soil and year-round yields. Thanks to this innovation, the Dutch are the second-largest food exporters in the world.

In order to make the best use of Australia’s vast land, there’s growing interest in the potential forother more innovative ways of farming our land.

Instead of employing traditional methods, there’s a growing interest in alternative methods of farming and livestock better suited to the Australian climate. Many of our farmers are already starting to embrace these changes, leading the charge in alternative livestock such as Dorpers as well as land management methods such as regenerative farming.

There is a massive need for innovation in this area as traditional and intensive farming practicescause soils to erode and dry out. About 30% of the world’s topsoil is already degraded. Every
year, another 12 million hectares are destroyed. The UN said total degradation is likely within 60years if we’re not careful. Soil degradation is very difficult (and expensive) to repair.

By 2050, the global population will reach 9.8 billion. The demand for food will be 60% higher than now. But if soil degradation continues, we’ll experience global food shortages.

Agriculture is responsible for around 25% of global greenhouse emissions.

Healthy soil is one of the most valuable assets we have. It’s got the potential to counter two dilemmas: Climate change and food shortages.

It’s been accepted for a long time that intensive agriculture isn’t good for Australia. We already have significant topsoil erosion and compaction. As the climate gets harsher, we should look at ways to improve our land management.

While we don’t know the full impact and cause of the current bushfires, 12% of all Australian sheep have been affected. As well as the financial burden of the loss of so many animals, farmers will be under more ongoing pressure to buy feed as their paddock fodder recovers.Charles Massy has successfully run a regenerative sheep farm in NSW since the 1980s. He claims his farm recovers from drought 5-8 times faster than it would through conventional practices. 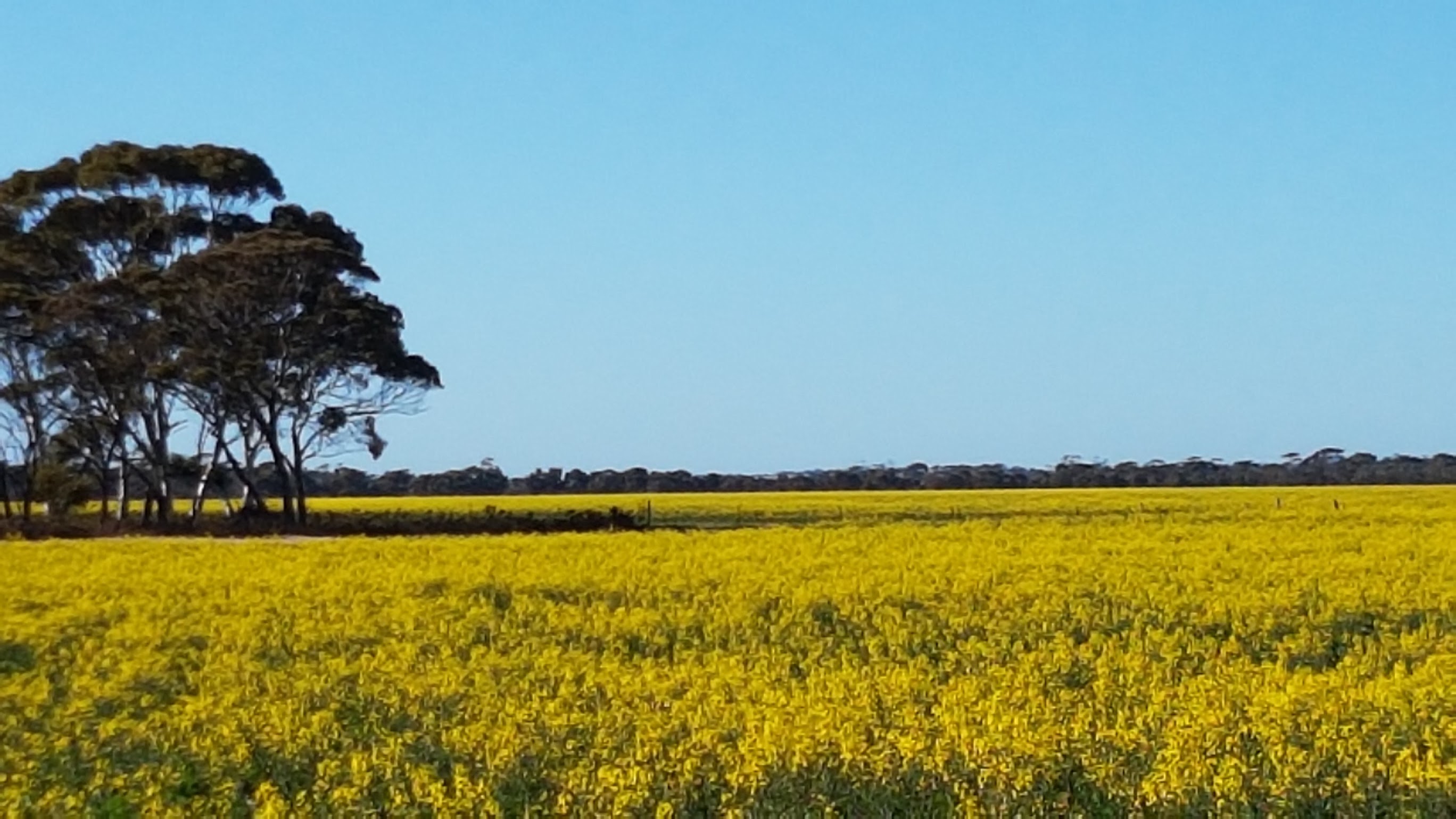 What is regenerative agriculture?

A study from Agricultural Systems suggests regenerative agriculture could ease the pressure of climate change on farms. Compared to conventional farms, regenerative farms:

Regenerative farming treats the land as a living thing. It uses techniques like:

These reduce the impact that agriculture has on the environment and soil quality.

Whole Foods, the US organic supermarket giant, named regenerative farming as the number one food trend of 2020.

Regenerative farming is all about creating a healthy ecosystem within your land, which in turn will become a productive one. The practice requires the farmer to re-imagine their role in the ecosystem. Instead of focusing on inputs and extracting profitable outputs, regenerative agriculture is more focused on fostering complexity in the surrounding environment. Farming becomes less of a day to day proposition, and more about ecosystem management for the now and for the future. Farmers become a part of the ecosystem with their animals.

The benefits of these holistic – or regenerative – farming practices would be two-fold for Australia. First, we could be global heavyweights as high-quality meat exporters. Secondly, these practices would enable us to handle and mitigate extreme climate conditions like drought, which would lessen their economic impact.

The short-term cost of implementing regenerative practices is the main obstacle for cash-strapped farmers. While it may change in the future, for now, it’s about 30% more expensive for small farms to go regenerative than it is for the biggest ones.

“An important part of regenerative farming is the type of product you grow. Some plants such as serradella and biserrula grow a lot of above-ground and below-ground mass which increases organic matter naturally. They are very nitrogenous-rich and so help increase the nitrogen in the soil and it also breaks down dry matter,” Keith Wilson from Australia Food & Farming says.

Could regenerative agriculture reduce the financial devastation for fire and drought-affected farmers in the future? It all depends on the education of farmers, according to Keith Wilson, Group General Manager of Australian Food & Farming.

“Most big farms are not using regenerative farming. In my opinion, that’s because they learn farming by studying data that has been provided by big companies and sponsored by big companies and therefore we need to keep the data in perspective and form our own opinions. Australian Food & Farming produce our own nitrogen naturally, it’s naturally available so we might as well use it,” he says.

The shift to regenerative farming is being led by the consumer market. As people become educated about the benefits of regenerative farming, it will become more mainstream. For the foreseeable future, large regenerative operations are the ones with the best chance of meeting the growing demand at scale.

Why Dorpers could be the answer to the demand for protein

Australia already produces 90%. It’s a huge economic opportunity especially if we strategically choose livestock that will do well in the Australian climate.

Dorper sheep is a type of livestock that actually prefers the dry Australian climate.

They are very efficient feeders that need less food to gain weight. This is important in drought-prone areas that face low grass levels. Even during times of drought, these resilient sheep hit their target weights. Dorpers also shed their own fleece so they don’t need frequent shearing during summer. This makes them more resistant to heat.

They grow faster than other sheep so farmers can get them to the sales yards earlier. They reach reproductive maturity quicker than usual, and produce twins more often, which means farmers can increase their Dorper stocks at a quicker rate.

While Dorper sheep were first bred in South Africa in the 1940s, it is only recently that their superior characteristics have begun to be recognised internationally, and the agricultural industry has begun to take advantage.

In their hunt to produce a sheep that combined the best characteristics possible, South African farmers choose two very different breeds to cross; originally a combination of the Persian Blackhead sheep, and the Dorset Horned sheep.

Selected as breeding ewes for their hardiness and excellent fertility, the Persian Blackhead grazes like a goat, in arid environments where they could not afford to be picky. Adapted to life in the harsh climate of South Africa, they deal well with the highest and lowest temperatures on offer. Persian Blackheads are also famously easy breeders, allowing for the possibility of 3 lambings every 24 months.

In fact, the characteristics bred into Dorper lambs are now so desirable in other sheep breeds that Dorper rams are actually being used to transfer the fast-growth and non-seasonal breeding capacity into other lines, such as Katahdin and Texel sheep.

For their part, Dorper lines should only get stronger, displaying these traits even more intensely as the breed is selectively bred even further. Its surging popularity likewise means that demand will likely drive these evolutions faster than they have already been occurring naturally.This logically means that there is less wastage that will occur in the flock cycle, with fewer and fewer weak and undesirable strains displayed, producing more high-quality meat, and deliveringbetter value holistically as a rich source of protein.

Dorpers have many good qualities and may replace other popular meat sources in coming years.

Pigmeat, for example, is currently the most popular globally and consumption increases as the world gets richer.

This is particularly true in China. As China has grown economically, so too has the country’s taste for meat. 50 years ago, the average Chinese person ate 4 kilograms of meat a year. That figure now sits at 54 kilograms.

While that’s only half of what the typical Australian eats, once you multiply 54 by 1.3 billion, it becomes clear that the demand for protein in China is nothing short of astronomical.

However last year, African Swine Fever swept through the Chinese pork industry, wiping out 30-40% of all pig stock. The price of pork skyrocketed to record-highs and led to a major shortage of China’s staple protein. Since then, Chinese consumers have been replacing domestically-produced protein with that of trusted international sources like Australia and the US.

“African swine fever will be the biggest influence on the global meat markets for the next few years, if not the decade,” said Tim Ryan, a Singapore-based market analyst with Meat & Livestock Australia late in 2019. In Australia, exports of beef to China surged 66% and lamb followed that trend. China is already the world’s biggest importer of lamb, with Australia and New Zealand supplying the lion’s share.

Quite naturally, this demand is set to dramatically increase even from Tim Ryan’s lofty expectations with the impact yet to be seen from the COVID-19 virus. Locals have already seen a reaction to local produce in China due to the virus coming out of the food market, as well as manufacturing and distribution being impacted by containment.

Food safety and food security will likely dominate the headlines in these markets, and will only increase demand for the already preferred Australian and American brands. We may in fact see a phenomenon in the coming year where demand outstrips supply for some of these exported products and the pricing market might be forced to react.

These are Australian companies, which are not directly correlated with sectors such as airlines, travel, insurance, mining commodities or education – all spaces which may see negative impacts from the last years’ trends.

Note from the MD: The (lack of) needle and the damage done: Melbourne outbreak hits confidence 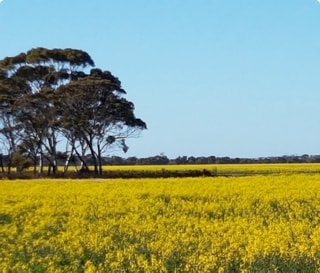